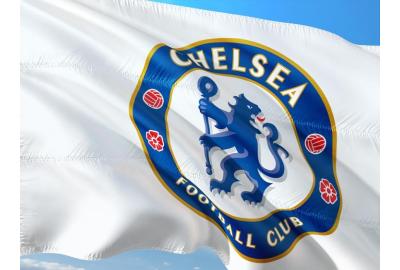 Welcome to Team Talk with TOFFS! In this new blog series from TOFFS, we’ll be exploring the history of some of the world’s most famous football clubs, revealing stats, facts and trivia about sporting icons that you might not be aware of. We kick off the series by shining a spotlight on West London giants Chelsea FC...

Today, Chelsea are known around the world as one of the powerhouses of the Premier League, with a global fanbase, superstar players and regular appearances in elite European football.

However, it wasn’t always this way - like many clubs, Chelsea started from humble beginnings, and have endured some difficult periods over the years before evolving into the internationally beloved footballing institution they have now become.

Read on to explore the history of Chelsea FC, and to find out some fascinating facts about the Stamford Bridge side that you might not have known...

Chelsea Football Club’s origin dates back to 1904, when West London businessman Gus Mears purchased the Stamford Bridge athletics complex to turn it into a football ground. The site was offered to Fulham FC, but the club refused, leading Mears to set up Chelsea as a brand new team on March 10th 1905 in the Rising Sun pub on Fulham Road.

Having been accepted into the Football League, Chelsea played their first game on September 2nd 1905 - a 1-0 defeat to Stockport - and over the next few decades they established themselves as a popular, plucky side, then nicknamed “the Pensioners”, for their association with the Chelsea pensioners. They spent most of their first 40 years in the old First Division, but silverware eluded the side for most of these early years, with mid-table finishes and relegation battles broken up mostly by a few solid cup runs, including an FA Cup final appearance in 1915.

First period of success… and a decline

Chelsea’s reputation as well-supported underachievers was finally transformed with the 1952 arrival of manager Ted Drake, who recognised that big changes were needed. Drake was responsible for removing the Chelsea pensioner image from the club’s crest and programme, paving the way for the “rampant lion” imagery featured on Chelsea’s badge since then.

Now known as the Blues, Drake’s Chelsea adopted a focus on younger players, shrewd signings and intensive training, which eventually culminated in a glorious jubilee year for the club in 1954-55. Inspired by Drake’s methods and the contributions of star captain Roy Bentley, Chelsea were able to claim their first ever championship in 1955.

In the years that followed, Chelsea were unable to build this initial league win into sustained success, but nevertheless enjoyed a period of high-profile competitiveness. Drake was succeeded in 1961 by player-coach Tommy Docherty, who built a new team around talented young stars like Bobby Tambling, Peter Bonetti and the iconic Ron "Chopper" Harris, who played a record 795 games for the club. This team were considered as genuine contenders, coming close to a League, FA Cup and League Cup treble in 1964-65, but eventually only winning the latter.

Docherty’s successor, Dave Sexton, notched further success with the club’s first European title, the 1972 UEFA Cup Winners' Cup, following victory over Real Madrid. However, this proved to be as good as it got for quite some time, as Sexton’s reign soon disintegrated into indiscipline, and the club were ultimately relegated in 1975. At the same time, persistent financial issues - exacerbated by mounting debts from an effort to redevelop Stamford Bridge - brought Chelsea to the brink of extinction in the early 1980s, coming within two points of relegation to the Third Division.

Revival and the modern Abramovich era

Fortunately, this nadir was followed by a turnaround in the club’s fortunes. Manager John Neal was able to bring the Blues back into the First Division in 1984, with players like Kerry Dixon, Pat Nevin and David Speedie; behind the scenes, new owner Ken Bates was able to steady the ship financially and secure the future of their iconic Stamford Bridge stadium.

This meant Chelsea were able to establish themselves as a founding member of the new Premier League in 1992, paving the way for continued growth under managers such as Glenn Hoddle and Dutch legend Ruud Gullit, with the latter’s arrival coinciding with the recruitment of world-class players including Gianluca Vialli, Frank Leboeuf, Roberto Di Matteo and Gianfranco Zola.

Chelsea’s re-establishment as a top-tier club competing in the Champions League attracted the attention of Russian billionaire Roman Abramovich, who purchased the club from Bates and promptly turned the Blues into one of the world’s wealthiest and most powerful teams, especially following the appointment of Champions League-winning manager José Mourinho in 2004.

Mourinho quickly became the most successful manager in Chelsea’s history, claiming back-to-back Premier League titles with an all-star squad of top-quality imports like Didier Drogba and Claude Makelele, as well as local legend John Terry and all-time record scorer Frank Lampard. The Abramovich era has been marked by a rapid turnover of managers - not even the iconic Mourinho was able to avoid being sacked on two separate occasions - but it has also brought unprecedented success, including five league titles, five FA Cups, three League Cups, a UEFA Europa League title and a historic Champions League victory in 2012.

All of this has helped to establish Chelsea as one of the undisputed titans of English football - a far cry from their modest origins at the Rising Sun pub back in 1905!

If this trip down memory lane has put you in the mood to get even more connected with the history of Chelsea FC, TOFFS has a full range of retro Chelsea football shirts and memorabilia that might be right up your street!

Here are some of the best products we have available for the nostalgic Blues supporter:

- Chelsea can count some major celebrities among their fanbase, including the iconic actor and director Lord Richard Attenborough, who was appointed life president of the club in 2008. Other high-profile Blues supporters include musician Bryan Adams, American comedian Will Ferrell, politician and athletics legend Lord Sebastian Coe, and even Hollywood great Steve McQueen.

- The club’s mascot is a cheerful lion called Stamford, who was joined in his mascot duties by a female counterpart, lioness Bridget, in 2013. Stamford and Bridget - get it?

- The club holds the record for the longest streak of unbeaten home matches in English top-flight football, going 86 matches undefeated at Stamford Bridge from March 20th 2004 to October 26th 2008 - a streak that spanned the reigns of three managers.

- With eight victories, Chelsea are one of the most prolific winners of the FA Cup. Their wins in 2000 and 2007 were particularly notable, as these made Chelsea the last team to win the FA Cup at the old Wembley Stadium AND the first to win it at the rebuilt ground.

- On December 26th 1999, Chelsea became the first British side to field an entirely foreign starting line-up with no British or Irish players in the XI - in a Premier League match against Southampton. A brace from Norwegian striker Tore André Flo clinched the points in a 2-1 victory.

- Chelsea’s Champions League 2012 triumph in Munich was followed by a Europa League victory the very next season. Because the final was played before the 2013 Champions League final, this briefly made Chelsea the first team in history to hold both titles simultaneously.