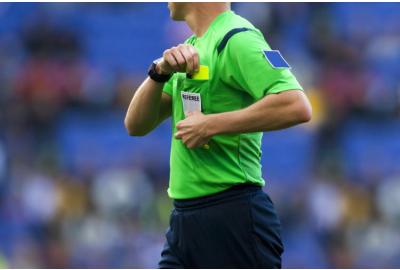 No matter which team you support, you’ll be familiar with the feeling: that sinking sensation when you see a certain name assigned to your club’s most important game, or that conspiratorial feeling that your side is due a favourable decision from the ref that never seems to come.

Of course, it’s only a suspicion, nothing that could be backed up by hard evidence… or is it?

At TOFFS, we’ve decided to answer that nagging question once and for all with our new Referee Report!

We’ve dug deep into the official Premier League data archives, from the start of the 2009-10 season through to the pausing of the 2019-20 season in March 2020, to find out which referees truly live up to the infamous reputations they have among fans of certain teams, and which refs might on the other hand be regarded as “good luck charms”.

We’ve also taken a look at how many red and yellow cards referees have given out to current Premier League sides over the last decade - revealing some eye-opening trends that are sure to get fans talking.

Have you ever thought Martin Atkinson had it in for your boys? Convinced that Howard Webb hates Scousers? Suspicious that Kevin Friend isn’t your friend? Then have a look at the stats below, and see if your theories were correct!

Highlights from the TOFFS Referee Report

Here are some of the most eye-catching discoveries we made when pulling together the figures for the TOFFS Referee Report:

When it comes to “good luck charm” referees, there have been none more potent in the last decade than Neil Swarbrick for Manchester City. Of the refs who adjudicated ten or more games involving a single Premier League side, none resulted in a more consistent win ratio than Swarbrick’s record of nine City wins in the 10 games he officiated, a 90% win record.

Not that City were the only big side who have flourished under Swarbrick’s watch, as the Preston-born ref was also the luckiest official for Chelsea (an 83.33% win rate) and Tottenham Hotspur (a 81.82% win rate).

On the other end of the scale: if Norwich City or Southampton fans have ever felt a cold chill down their spine on matchday, it’s probably because Mike Jones or Lee Probert have respectively been assigned to oversee your side’s game that day.

These two refs were unique in officiating at least 10 matches involving a specific side, and seeing that team fail to win any of them. Jones refereed 10 Norwich games in the last decade, the same number that Probert refereed for Southampton, with both sides recording a 0% win ratio in those matches.

Stuart Attwell vs Wolves - the most card-happy referee

If you’re watching Wolverhampton Wanderers play and Stuart Attwell is the referee, there’s one thing you can usually count on - cards galore!

According to our stats, Attwell gave out the highest number of cards per game to Wolves of any ref when taken over a period of at least 10 matches, dishing out a massive total of 38 cards - 35 yellow and three red - in just 13 games. That equates to an average of just over 2.92 cards per game!

Putting some famous refereeing “biases” to the test

Every football fan is convinced that certain referees are biased against their side, but some refereeing grudges are definitely more talked-about than others. Now that we have some hard data on our side, let’s put some of those famous “grudges” to the test…

The enmity between Mike Dean and fans of the Gunners is fairly legendary, to the point that an online petition was circulated in 2015 calling for Dean to be banned from refereeing another Arsenal game, eventually receiving more than 100,000 signatures!

Our stats show that Dean is in fact the third most unlucky referee for Arsenal, with the Gunners winning only 37.84% of the 37 games in which Dean was the main official. The referee is also responsible for showing Arsenal more cards than any other, with 74 yellows and five reds dished out during that time.

However, the figures also suggest there are other refs who have proven even more unlucky for the Gunners, as Michael Oliver (22.22%) and Stuart Attwell (25%) have both overseen even lower win percentages, while Attwell and Howard Webb have both given out more cards per game. Is it time for Arsenal fans to drop this particular grudge?

“Howard Webb is a Manc who hates Liverpool”

Howard Webb’s perceived grudge against Liverpool was made infamous by former Reds forward Ryan Babel, who was fined by the FA after posting a mocked-up picture of Webb wearing a Manchester United shirt following a contentious Liverpool defeat at Old Trafford in 2010.

Leaving aside the fact that the Yorkshire-born ref isn’t strictly speaking a “Manc”, is there any truth to the idea that Webb favours Manchester United and hates Liverpool? The Red Devils’ win percentage under Webb’s eye over the last decade was 60%, which doesn’t stand out as unusually high by their standards, and was much less than their 75% win rate under Lee Probert, for example.

But on the Liverpool side of things? Scouse conspiracy theorists will feel vindicated to learn that Webb is, in fact, Liverpool’s unluckiest referee by far, with the Reds winning only 26.32% of the 19 games he officiated. Clearly, his decision to retire from active refereeing in 2014 will not have been accompanied by many tears shed in Anfield...

Although he no longer referees in England, the name “Mark Clattenburg” is one that prompts strong feelings from a lot of fans. Teams ranging from Everton and Crystal Palace to Manchester United and Chelsea have all had their reasons to be riled up by the referee from County Durham, with former ref Graham Poll once accusing him of holding grudges against teams whose fans turn on him.

So what’s the truth about Clattenburg, according to our stats? It would appear that fans of Manchester City and Southampton have the greatest claims to feel aggrieved.

In City’s case, Clattenburg is their unluckiest referee, with the side winning only 39.29% of their games under his oversight, while Southampton can count Clattenburg as their second most unlucky referee (with a 16.67% win rate) and their second most prolific dispenser of yellow and red cards, receiving 2.27 cards per game from the official.

Crystal Palace, meanwhile, would be right to believe they have a poor record with Clattenburg in charge, winning only one of 12 games played under his watch. For fans of all the other teams, there is less statistical evidence to indicate that Clattenburg truly had it out for them… but we’re sure that’s unlikely to change anyone’s minds!