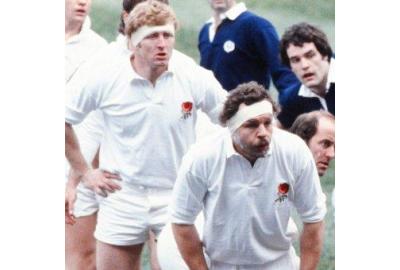 With 2022 now in full swing, the Six Nations Championship is within sight, and we here at TOFFS are bursting with anticipation. Whether you are a staunch English supporter, or are throwing your weight behind the underdogs of Italy, we’ll give you the lowdown on all the teams - and recommend some of our very best retro rugby shirts to wear during the tournament.

#6 - Italy
Italy are the perennial underdogs of the Six Nations, and last won a game in the competition in 2015. However, coach Kieran Crowley’s appearance on the scene has sparked talks of a promising new era for Italy, having watched his team bring about an end to their losing streak on their third game with him.

Recent losses to England, France and Scotland have ramped the tensions up and, faced with some tricky away games in the coming Six Nations, this tournament is sure to be another big challenge for the Italians. Crowley has hooked one win so far - can it be done again?

Half-backs Stephen Varney and Paolo Garbisi are looking like a strong duo. With a heavy focus on attacking, the two are likely to be the catalyst for any chance of Italian success.

Our favourite Italy Six Nations shirts
What better way to cheer on the plucky Italians than with one of TOFFS’ retro Italy rugby shirts? Represent your favourite team this spring season with our Italy 1975 Vintage Home Rugby Shirt: 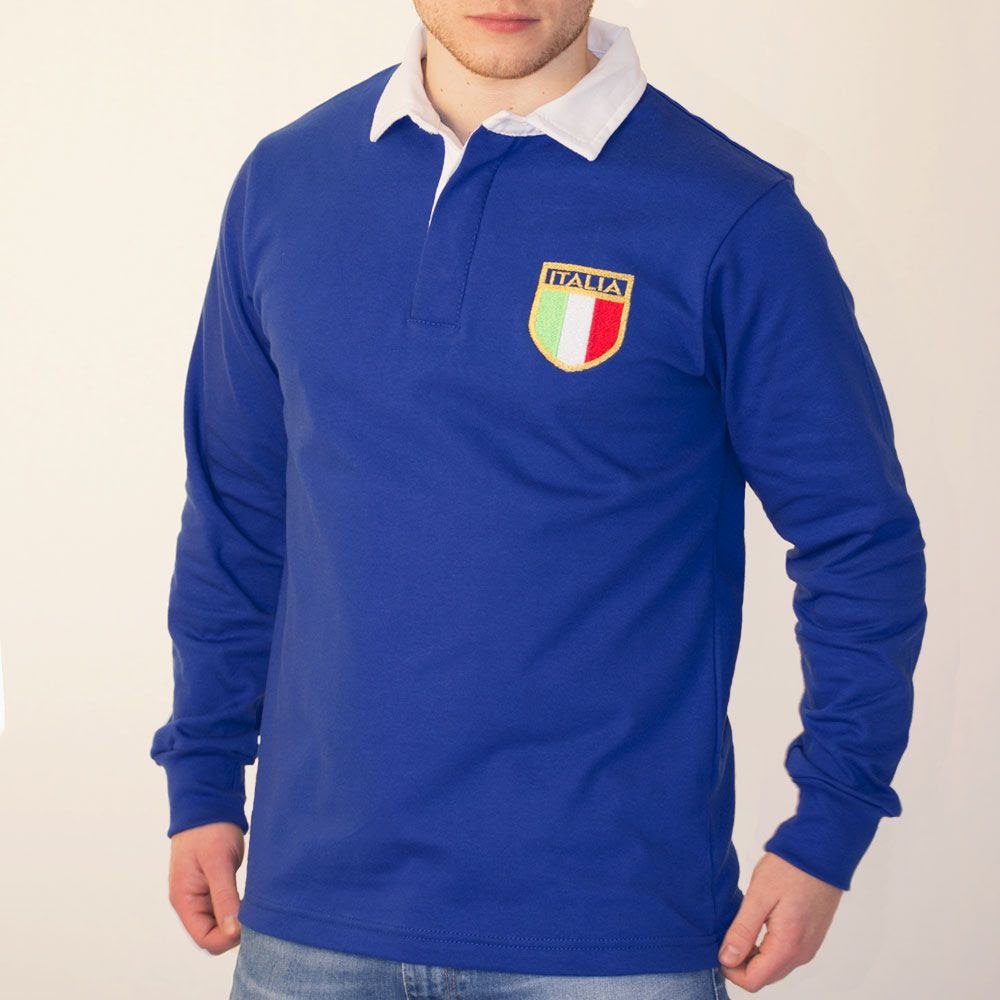 Or, if you are looking for an iconic t-shirt, the Italy Rugby Royal/White Ringer T-Shirt will do the job: 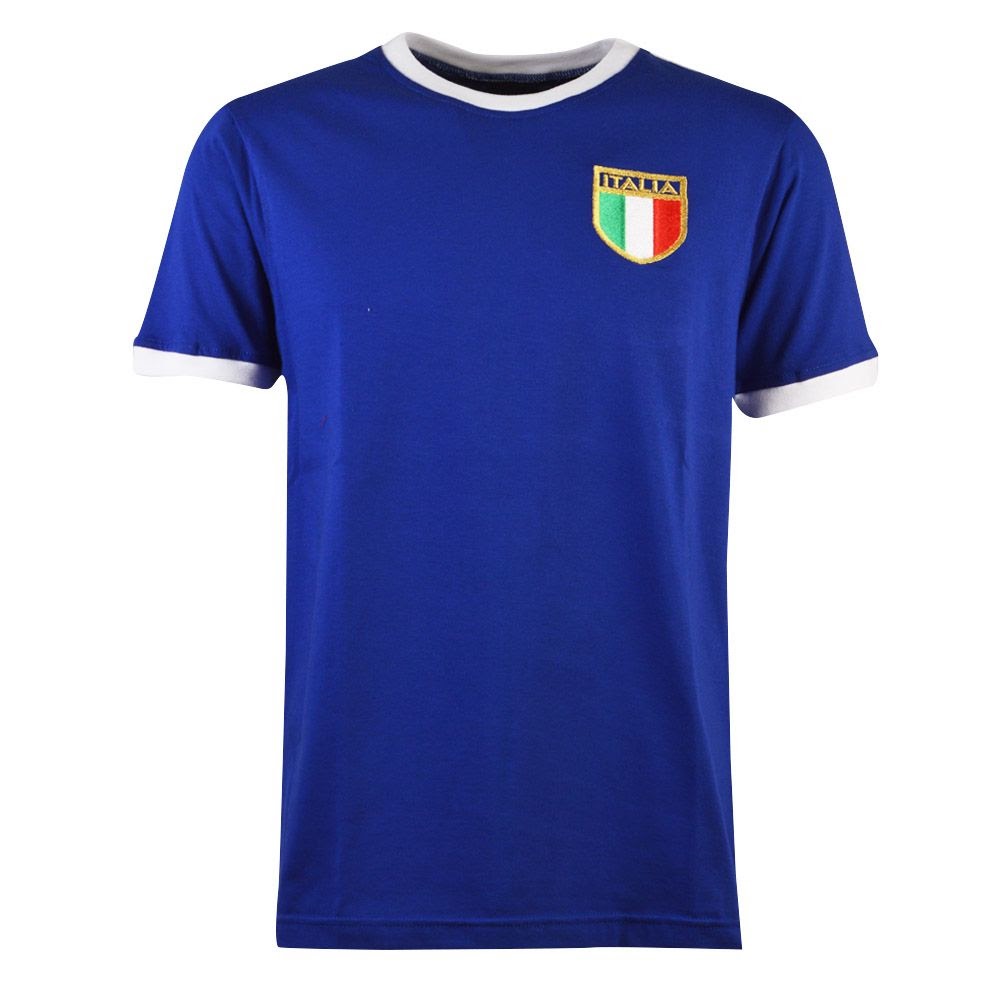 You can explore our entire range of retro Italy rugby shirts to get kitted out in style!

#5 - Scotland
Boasting impressive away victories against Six Nations competitors England and France, 2021 was a year of improvement and growth for Scotland. Due to issues with COVID, their lack of summer touring had fuelled concerns about the team’s readiness for the big competition, but the Scots are confident that they are rested and ready to perform.

With a wide range of close victories (such as those against Japan) and big win (against Tonga), Scotland remain a true enigma, proving that they have the strength to face the best, but that their consistency is not always there.

Stuart Hogg was crowned Scotland’s all-time highest try scorer, and this will fill fans with confidence, but can the team’s defence provide a strong foundation for their attack to excel?

Our favourite Scotland Six Nations shirts
Support your Scottish heroes at the Six Nations with our range of retro TOFFS gear, including our Scotland 1980 Vintage Rugby Shirt: 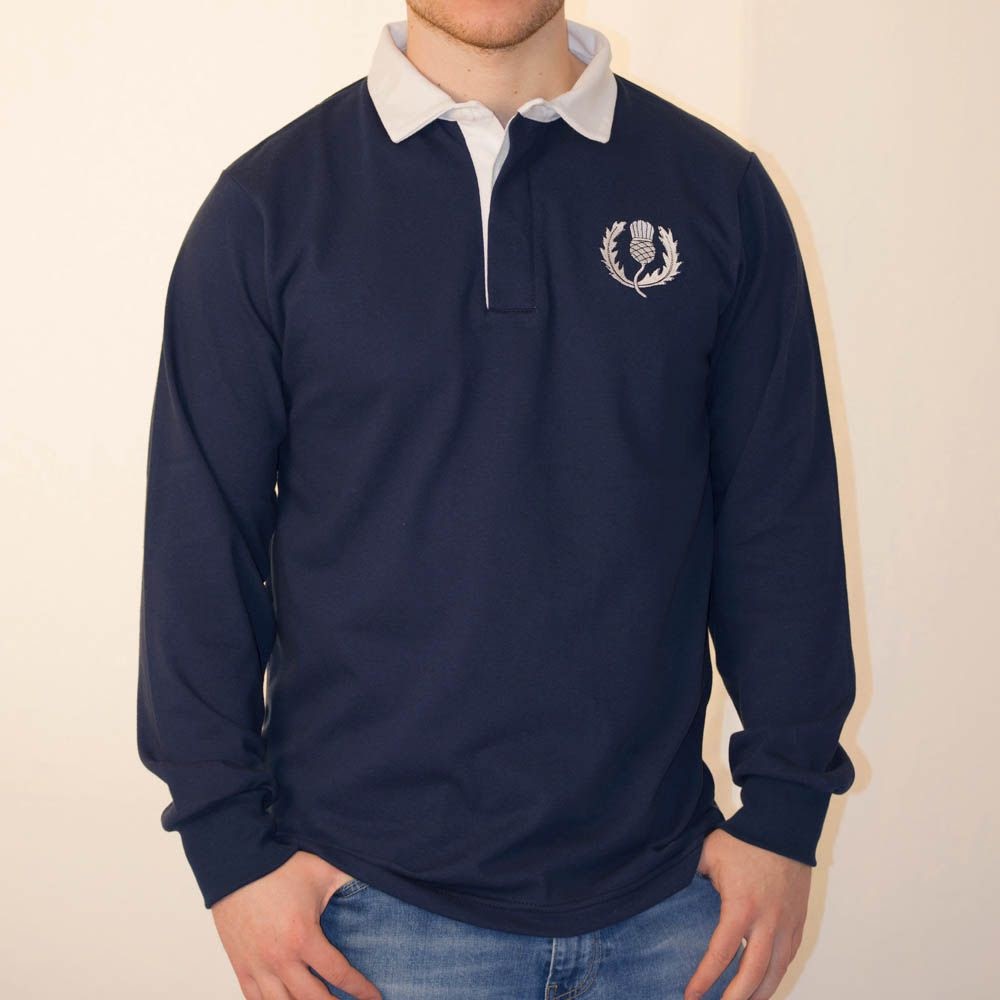 You could also go for our unique Scotland Thistle 1925 Grey T-Shirt design, for a fashionable casualwear option: 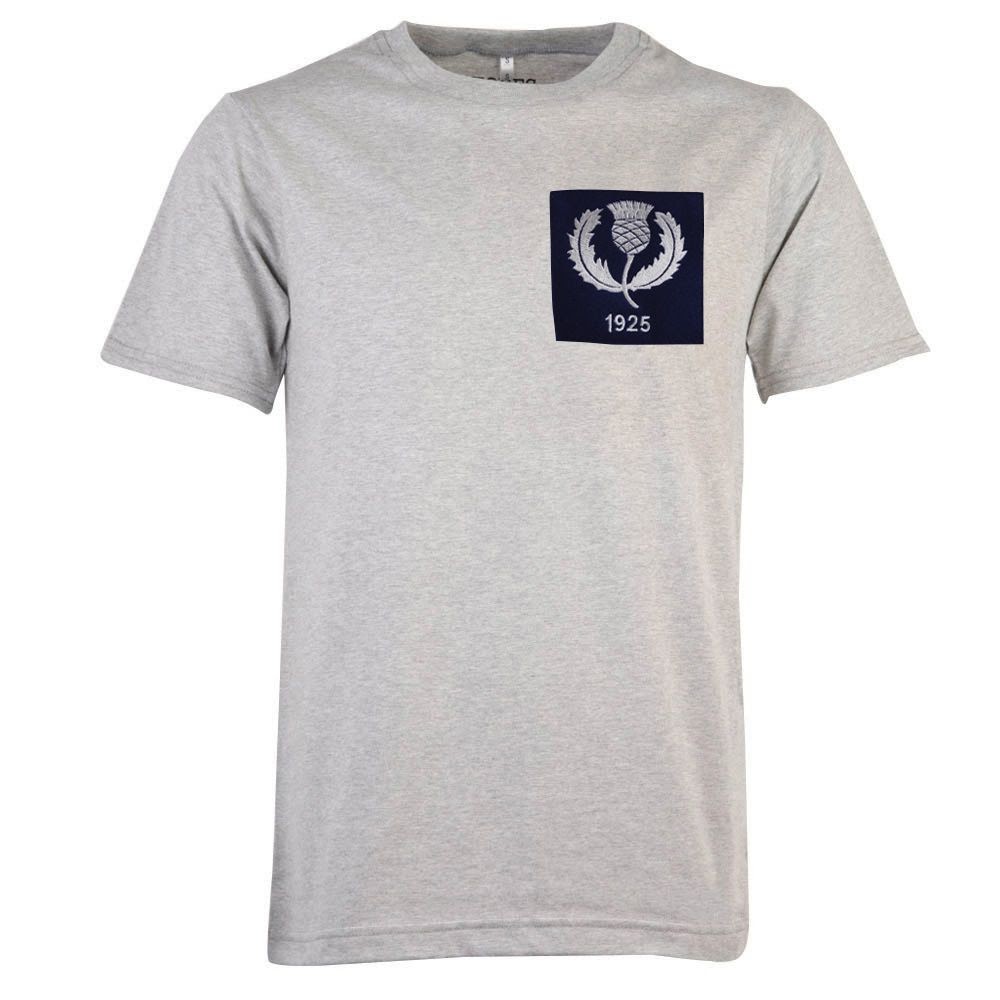 Take a look at our full range of retro Scotland rugby shirts today!

#4 - Wales
Definitely a favourite for victory, Wales stormed into the winning spot last tournament with a strong win against England for the Triple Crown.

Wales’ George North is now the youngest player to reach 100 caps and, despite their variable success over the past few years, it can be said without doubt that the Welsh champions are a team to watch out for this year.

Our favourite Wales Six Nations shirts
Can the Welsh pull off another big Six Nations win? Get ready to find out with TOFFS’ retro rugby shirt range, including our Wales 1976 Vintage Rugby Shirt: 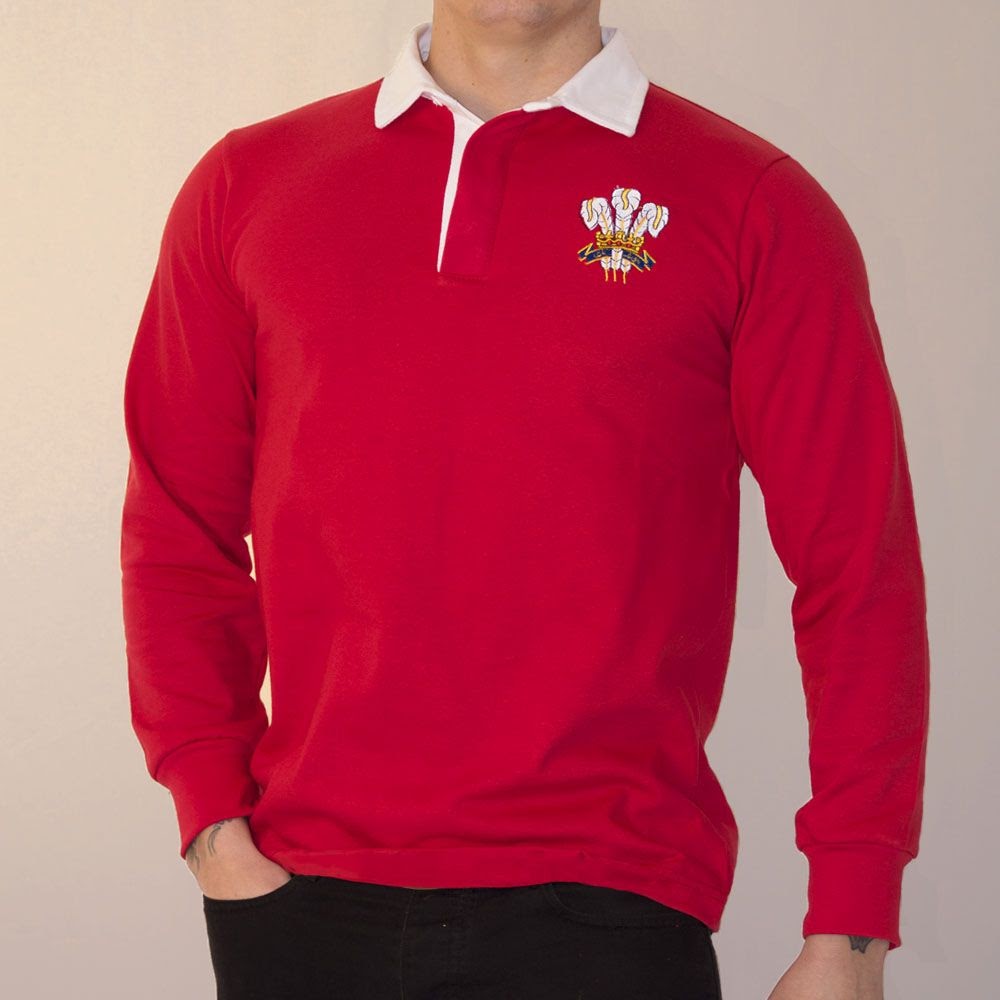 Or you can try our Wales Rugby Red/White Ringer T-Shirt: 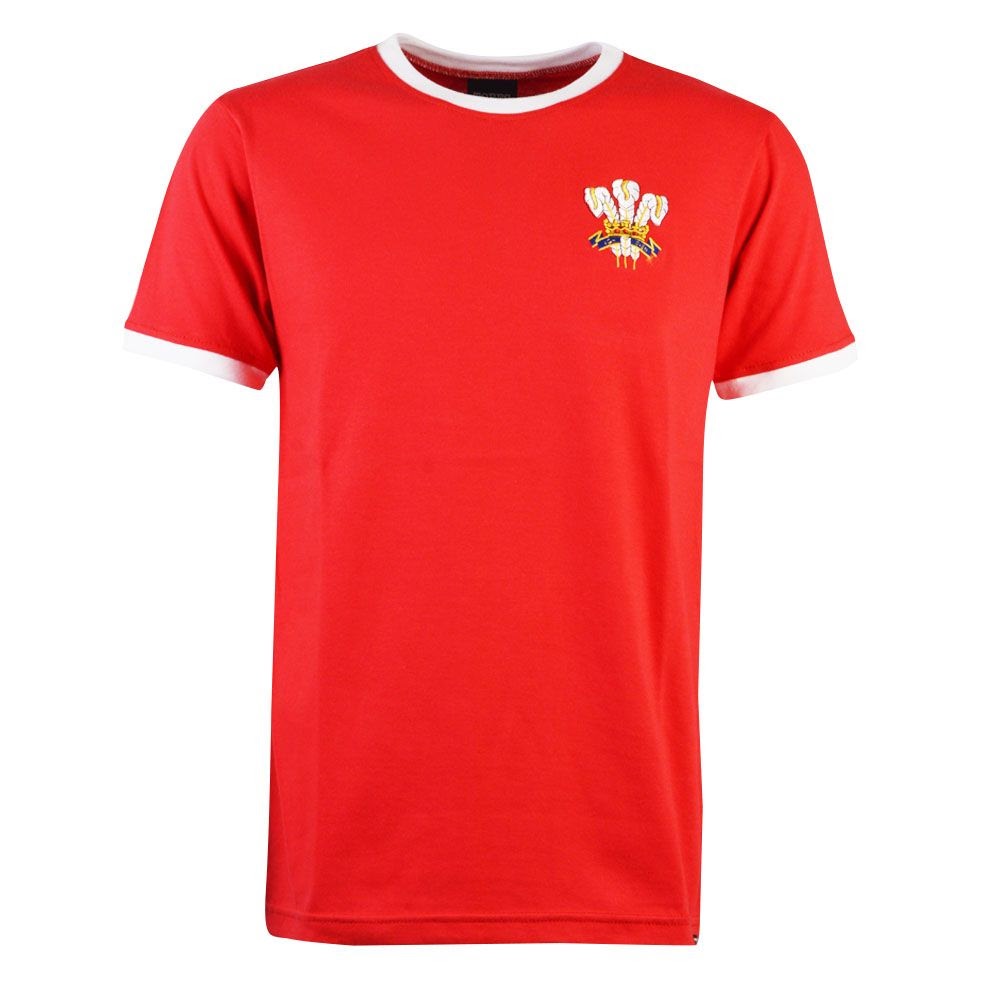 For more ideas of what to wear during the Six Nations, explore our range of retro Wales rugby shirts.

#3 - Ireland
After the team’s strong performance in the autumn internationals, Ireland fans have a lot to be excited about this year.

Ireland’s Johnny Sexton is looking to the future with confidence, but has stated that looking back on past results is dangerous.

The Irish will be keen to make sure they do not peak too early this year, keeping their best performances in reserve for the latter sections of the competition. The key players in the Irish team are young and fast, such as uncapped star Mack Hansen, who is seen as a standard bearer for this promising side. 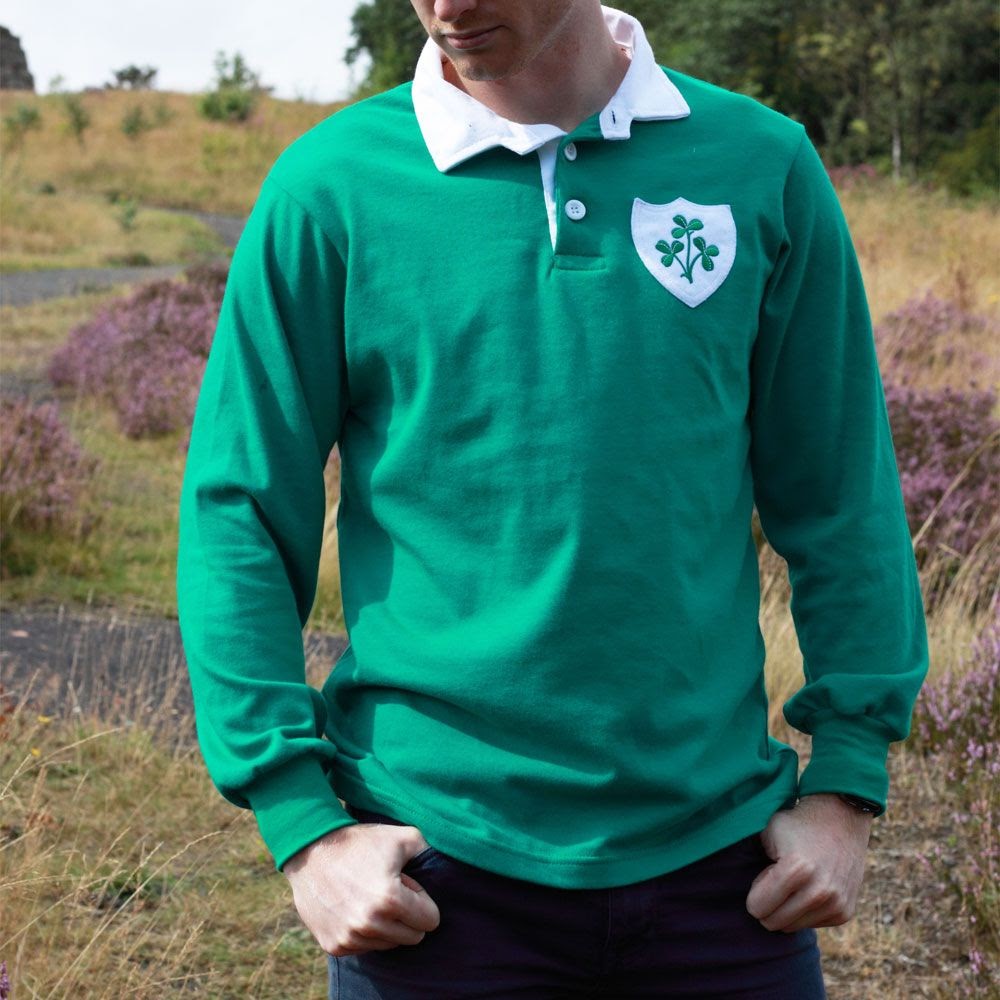 Or try our Republic of Ireland Shamrock 1926 White T-Shirt to support the new Irish squad as they blaze into 2022: 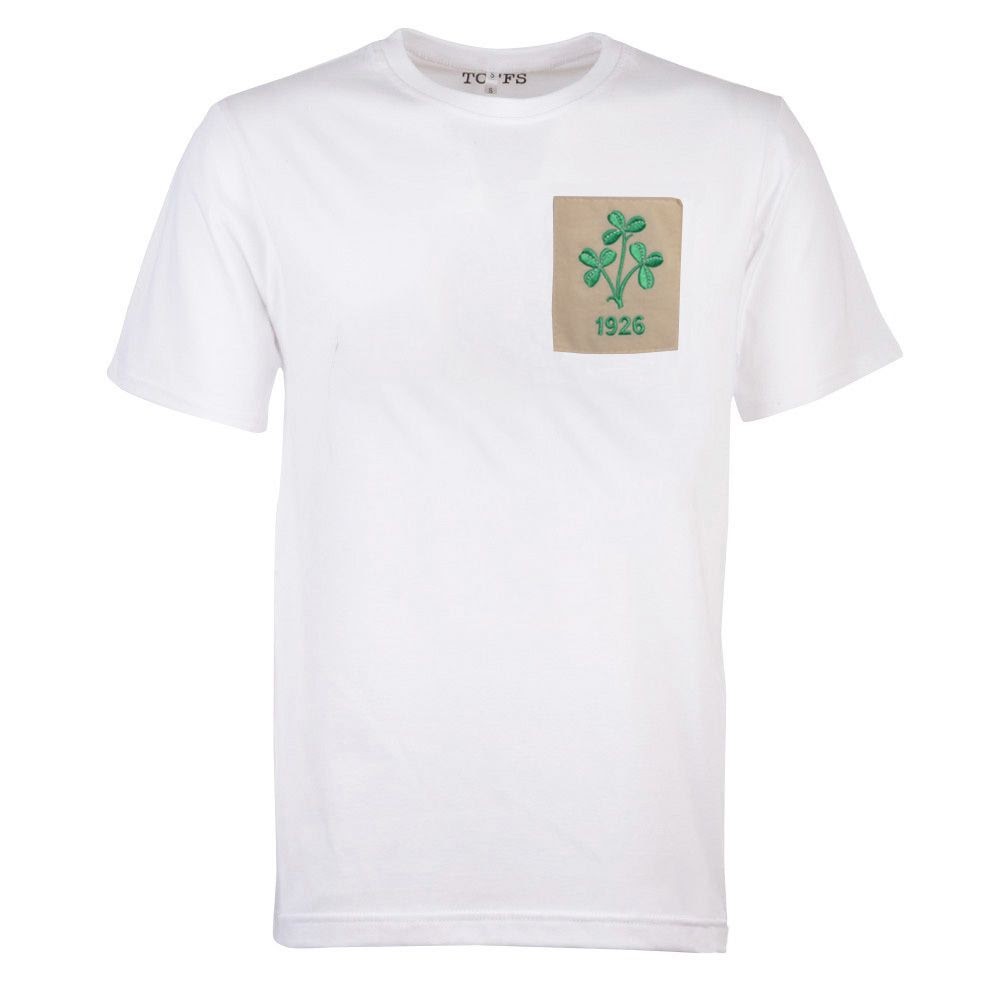 Looking for other ideas? Have a look at our complete range of retro Ireland rugby shirts!

#2 - England
Despite slumping to one of their worst ever Six Nations tournament results, the English team had some massive highs and exciting plays in 2021. Their success and energy during the USA and Autumn Series games are excellent examples of how the team can apply themselves after a demoralising loss, most notably their massive win against Tonga.

The English team's biggest flaw to look out for this year is their discipline. While the squad have impressive moments of teamwork, they will need to pay attention to their aggression, knowing when to push and when to hang back.

New members such as Freddie Steward and Marcus Smith may bring a refreshing change to the dynamics of the team. However, with 22 uncapped players, it remains to be seen whether the team is experienced enough to succeed. Time will tell whether Eddie Jones can pull through this year. 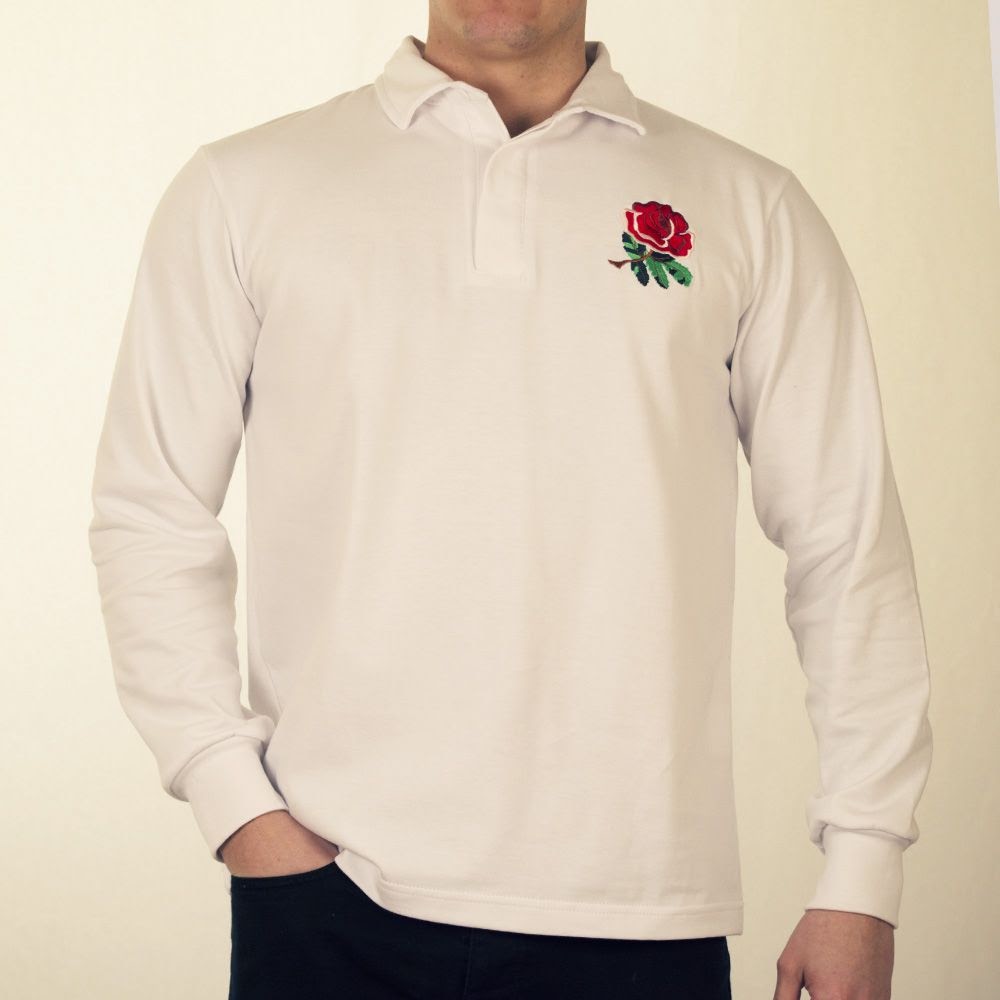 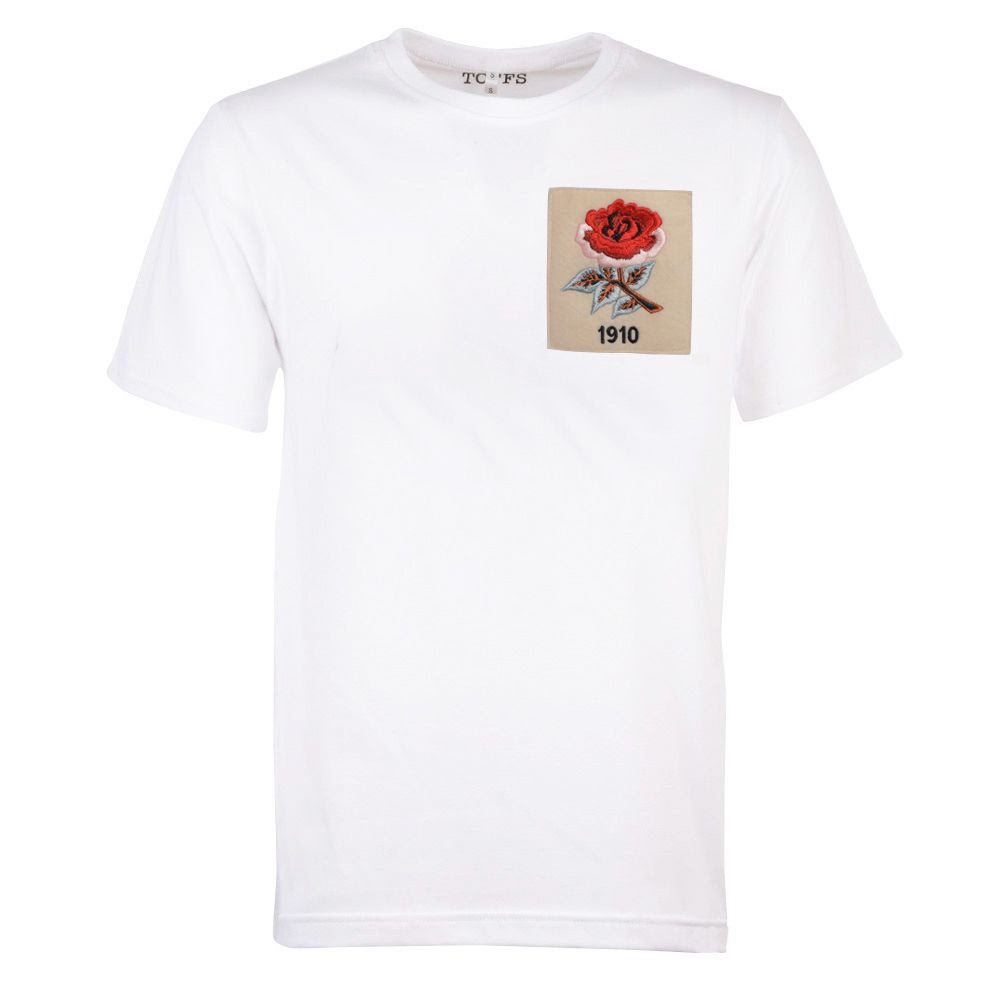 Take a look at our full range of retro England rugby shirts today to get yourself ready for the Six Nations!

#1 - France
This French team has always been a top contender, and with their change in management in 2020, Fabien Galthié’s side has been aiming for glory with even more vigour.

Victories against Australia have given reason for the other teams to be worried about France’s performance in the upcoming games, and Galthié’s strategy has left France’s key players well rested and ready.

The Autumn Nations saw France dominate the All Blacks in an impressive show of force. Melvyn Jaminet is certainly one to look out for as he makes his debut this spring, and Damian Penaud continues to provide hope to fans as their top scorer.

Players and fans alike are praying for France’s recent successes to extend into the Six Nations, bringing home that silverware. 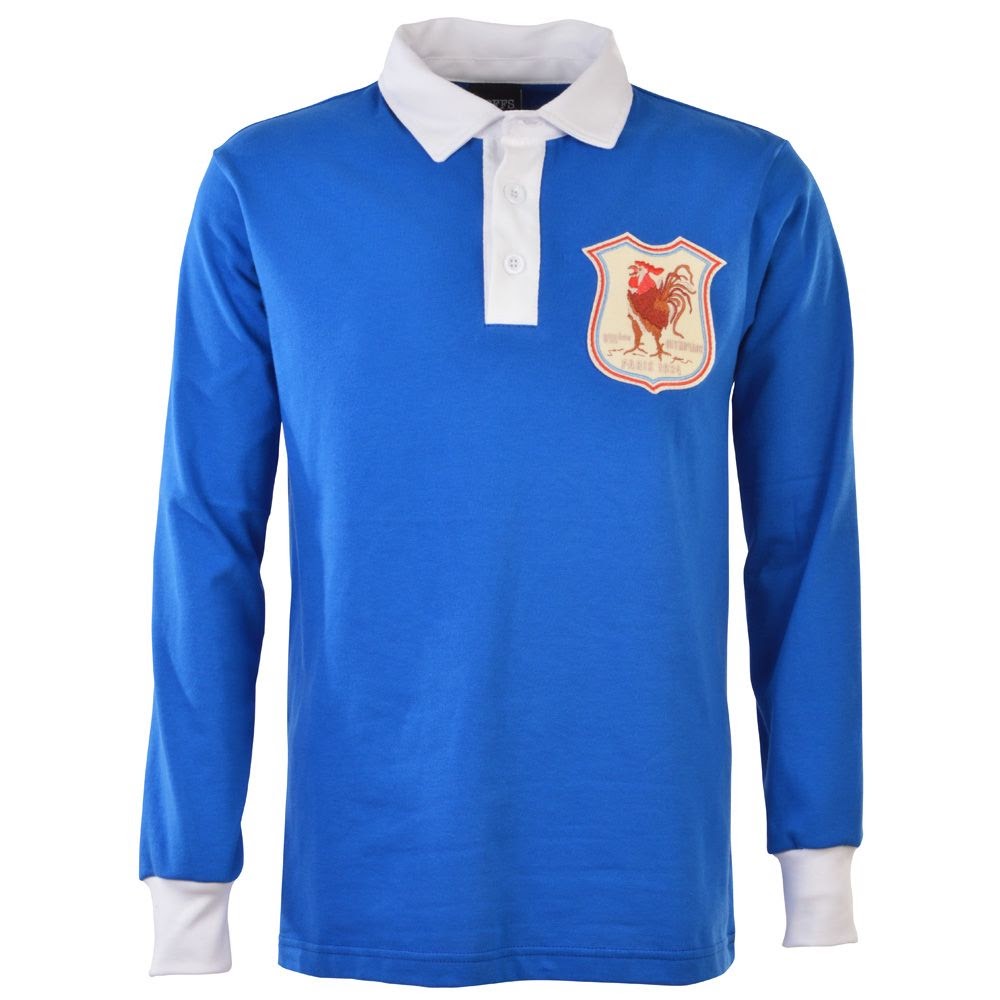 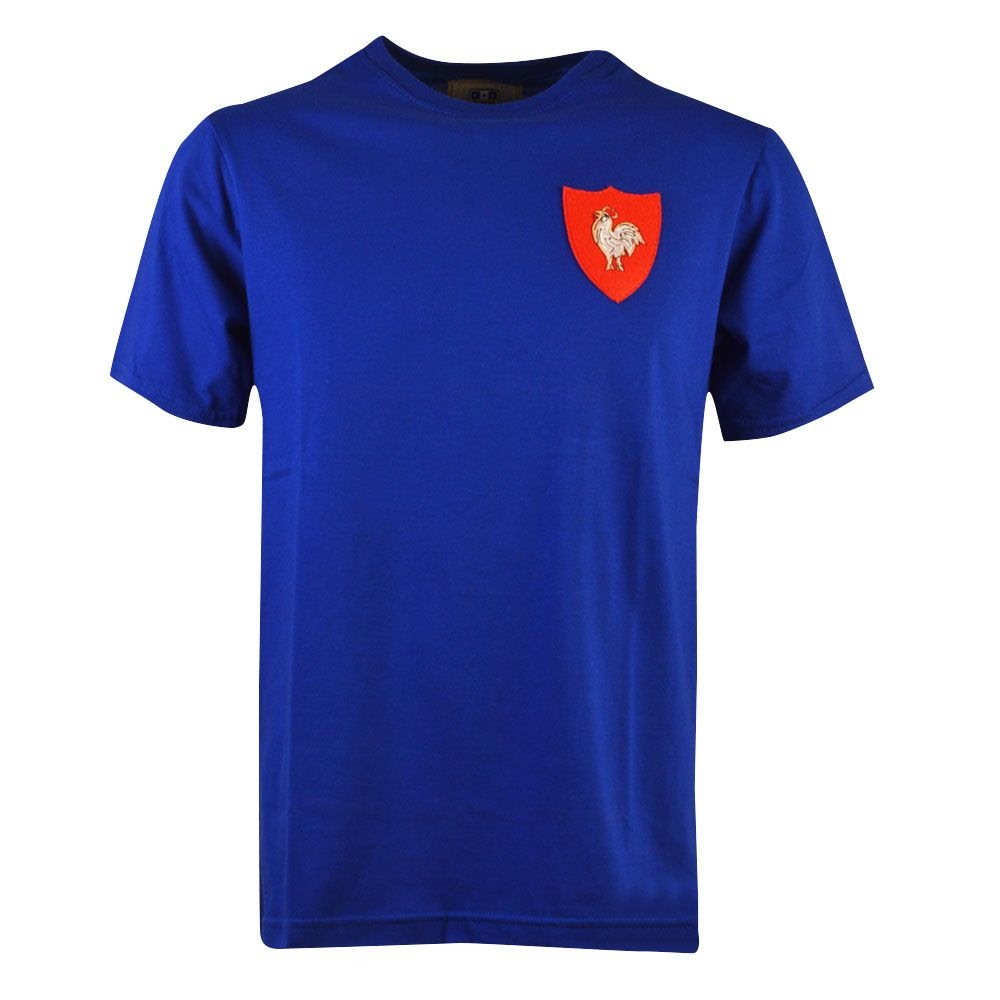 For all your Six Nations needs, explore our full range of retro France rugby shirts today!

As usual, the Six Nations games will be spread across both ITV and the BBC, with the running order split nearly half and half. As long as you have a TV licence, you will be able to catch the games between 2pm and 8pm on weekends starting 5th February.

Here is the game order and their corresponding channels:

We would like to remind you that COVID restrictions may impact these events, so for reliable game times, please visit a dedicated Six Nations guide.

For all of your retro rugby needs during the tournament, browse our full range of rugby shirts here at TOFFS. We have everything you need for a memorable Six Nations!

5 months ago
Did you like this post?
0
0
Categories
Search The Blog
Tags were not found
Recent Posts