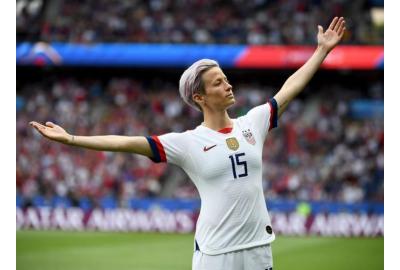 With the 2019 FIFA Women’s World Cup attracting greater media attention and TV viewership numbers than ever before, it’s probably fair to say that women’s football has never been more popular.

For so long, the women’s game played second fiddle to the phenomenal global profile of the male equivalent, but the exploits of star players like Ellen White, Lucy Bronze, Alex Morgan and Sam Kerr over in France have showcased the quality of women’s football on the biggest possible stage, inspiring a whole generation of girls in the process.

However, there remains some way to go before true equality can be achieved, and that’s partly because women’s football continues to face a number of hidden challenges that are preventing the sport from reaching its full potential.

Ranging from logistical issues to social pressures, these challenges are not well understood by the public, but nevertheless may be preventing girls across the world from achieving their footballing dreams.

In this blog, we’ll explore some of the most pressing challenges facing women’s football, and what might be done to address them. By shedding light on these problems, we at TOFFS hope to help ensure the women’s game can continue to go from strength to strength, past the end of World Cup 2019 and beyond.

When considering the progress the women’s game has made in recent years, it’s vital to understand the negative historical precedents modern sportswomen have had to battle against - most notably, the fact that professional women’s football was essentially banned in England for much of the 20th century.

Contrary to the perception of women’s football as a recent phenomenon, female participation actually dates back to the late 19th century, around the same time as the men’s game was really starting to take off.

The idea of women playing football was initially regarded as a novelty, but the sport quickly gathered momentum, especially during the years of World War I, when the men’s competitions were suspended.

The end of the war did nothing to dampen enthusiasm for women’s football, with matches drawing immense crowds - indeed, the 53,000 who turned up to see a 1920 Boxing Day clash between the famous Dick, Kerr Ladies side and St Helens Ladies at Goodison Park still stands as an all-time attendance record for a women’s match in England. Unfortunately, it was precisely this success that prompted the FA to start seeing the women’s game as a threat to the men’s sport, whose attendances were starting to be upstaged.

Their response was the introduction in 1921 of a ban on FA members from allowing women’s football to be played at their grounds, with the FA’s consultative committee expressing “the strong opinion that the game of football is quite unsuitable for females and should not be encouraged”. This ban remained in place until 1971, setting the development of the professional women’s game back by decades.

Although the professional status of women’s football was eventually restored by the FA, the game has struggled to attract the same level of funding and sponsorship from clubs and businesses, especially in an era when the men’s game has achieved stratospheric levels of profitability.

One of the most infamous examples of this principle in action was Charlton Athletic’s decision to disband their entire women’s football setup in 2007 - at the time, one of the most successful in England, with players such as Casey Stoney and Eni Aluko on the books - to save money following the relegation of the men’s team from the Premier League.

More recently, in September 2018 players from Crystal Palace Ladies were instructed to each raise £250 in sponsorship, or put up the money themselves, in order to remain on the team - a situation resolved only after the men’s side’s star player Wilfried Zaha made a substantial financial contribution to support the continued running of the team.

Fortunately, the growing profile of women’s football is helping to attract more money to the sport. It was revealed earlier this year that Adidas-sponsored players who win the 2019 World Cup will receive the same performance bonus payments as their male counterparts, while UEFA has promised to provide 50% more funding for the game from 2020 to try to make it Europe’s biggest female sport. However, the recent examples above show the extent of the gap that still needs to be closed.

The taboo around periods

It’s an unfortunate fact that female-specific health issues are often under-discussed given their importance, and this is an issue that affects women’s football in a number of negative ways.

It is widely accepted, for example, that women’s menstrual cycles cause cramps, nausea, mood issues, fatigue, dehydration, light-headedness, dizziness and bloating on a monthly basis, yet there is little discussion of how female players are supposed to deal with and train around these health issues outside of professional circles.

Many female athletes use different approaches to handle the challenges posed by periods, including painkillers and contraceptives, although some of these can come with troublesome side effects of their own.

Other players find it necessary to ease off on their exercise regimens during their periods, due to concerns that elevated oestrogen levels during menstruation results in joints becoming more elastic, which in turn increases the risk of anterior cruciate ligament injuries.

Media taboos and general public discomfort around the topic of periods mean there is very little formalised guidance available for players below the top professional level, compounded by the fact that the majority of sports science research is focused on the male body.

If female footballers are to receive proper advice on how to manage these common, everyday health concerns, this imbalance needs to be addressed.

A lack of guidance on pregnancy

Similarly, pregnancy is a fundamental aspect of female medical care that tends to be significantly under-discussed in terms of how it affects footballers.

Even the official guidance from the FIFA Medical Network concedes that there are significant gaps in the current understanding of how best to manage the health needs of athletes before and after childbirth, and the issue does not often get the media attention it deserves.

Medical guidelines from the US and Spain identify football as a high-risk sport for trauma among pregnant women, but seven other countries do not; meanwhile, the standard of current advice for players returning to the sport postpartum is described by FIFA as “generally vague and lack[ing] proper research”, with no obvious consensus on how long women should wait before getting back into football, or what kind of exercises would be suitable for them.

To make matters worse, mistreatment of female players who become pregnant remains an issue in some parts of the world, with a Venezuelan football tribunal ruling just last year that 2016 league champions Flor de Patria had the right to dismiss a player because she became pregnant. The global players’ union FIFPro criticised the decision for setting “an unacceptable precedent for women’s football”, but admitted that regulations on issues such as pregnancy “have not been developed on a global basis”.

As with all aspects of the women’s game, conditions have shown signs of improvement in recent years - the example of former England captain and current Manchester United boss Casey Stoney, who became a mother to twins in 2014 without disrupting her top-level playing career, stands as a testament to this. However, more progress still needs to be made before Stoney’s positive experience can truly be considered the norm.

Women’s football has come a long way since the FA’s decision to ban the game in 1921, but sadly, many of the attitudes informing that regressive ruling have persisted into the 21st century.

As a result, many modern players still face stigmatisation over taking part in a sport that some still regard as being “unfeminine”; in some cases, these criticisms are tinged with homophobia, leading to assumptions about the sexuality of those involved.

Most women connected to the game - whether as players, commentators, pundits or officials - are also likely to have some experience with trolling and abuse online and on social media, which can sour the experience for many people.

This climate of hostility can also create internalised pressure for female players, who can often end up feeling a heightened responsibility to be a standard-bearer for women’s football - knowing that high-profile failures may be used as an opportunity to attack the sport as a whole.

There is no easy fix to the kind of social attitude that places this pressure on female footballers - only through concerted improvements in education, combined with the ongoing success and excellence demonstrated by the current crop of female superstars, can the women’s game receive the acceptance that people within the sport have been working towards for more than 100 years.