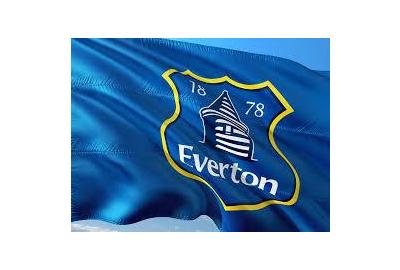 Welcome back to Team Talk with TOFFS! In our continuing blog series, we explore the history of some of the world’s most famous football clubs, revealing facts and trivia that you might not have known. This time, our attention turns to the Merseyside giants Everton FC, and a few players that Toffees fans may prefer to forget...

Dixie Dean. Alan Ball. Neville Southall. Gary Lineker. Wayne Rooney. Over the years, Everton FC have provided a home to some of football’s most iconic players - sportsmen who have ascended to the very summit of the game, and become enduring legends for club, country or both.

Sadly, not every player can be a legend, and not every bright young prospect can go on to flourish. So, for every Duncan Ferguson or Graeme Sharp in Everton’s history, there is a handful of would-be superstars who simply never made the grade, or went on to be remembered for all the wrong reasons.

Here, we explore the turbulent career histories of five exciting one-time Everton FC prospects who seemed destined to be the Next Big Thing for the Merseyside club, but ended up being No Big Deal…

The story of Michael Branch has become something of a cautionary tale in the world of football, a harsh reminder of how even the brightest star can come crashing down to earth.

A local lad from Liverpool and an Everton academy graduate, Branch made his debut for the Toffees in 1996 at the tender age of 17, and was widely regarded as Everton’s answer to Liverpool FC’s Robbie Fowler - a fast, clinical striker with a poacher’s instinct in front of goal.

During the 1996-97 season under manager Joe Royle, the young Scouser became a first-team regular, becoming widely seen as Everton’s most natural goalscorer in years.

However, it wasn’t to be. Branch failed to live up to the early hype, picking up a series of injuries and then falling out of favour with Royle’s successor Walter Smith. He played his final game for his boyhood club in 1999, having barely turned 20.

His last couple of years for Everton were interspersed with underwhelming loan spells at Manchester City and Birmingham City, and he continued to be loaned out even after moving on to Wolverhampton Wanderers, with subsequent stints at Reading, Hull City and Bradford City.

He made his final professional appearances for League Two side Chester City in 2006 before ending his career in the Northern Premier League, having scored 38 goals in 218 career appearances, and just three for Everton.

Sadly, that wasn’t even as bad as it got for Branch, who was eventually hit with a seven-year jail sentence for the possession and sale of class A and class B drugs.

However, the one-time wonderkid was able to achieve some redemption - after being released from jail after three years, he retrained as an accountant, and took part in a PFA programme designed to help ex-players make new starts in life after leaving the game.

Branch’s career may have ended up being a lot less glorious than fans once hoped, but in this way, he may be helping the next Michael Branch from making the same mistakes he did.

Another Everton academy product who broke into the first team in the same season as Michael Branch, Danny Cadamarteri went on to have a reasonably long career - but it’s fair to say that Toffees fans had expected a whole lot more from the Yorkshire-born forward.

As with Branch, Cadamarteri set high expectations for his future by making a stunning first-team impact at the age of 17. Who could forget him knocking in five goals in his first ten appearances for the club, including a sensational strike in a 2-0 Merseyside derby victory over Liverpool in 1997?

However, the early signs that Cadamarteri would be an Everton legend proved illusory.

The youngster stayed on Everton’s books until 2002, but scored only 13 goals for them in total, and eventually left not long after an off-field incident led to him being convicted of assault.

He moved to Bradford City, with subsequent spells at clubs including Sheffield United, Huddersfield Town and Dundee United, but he never developed into the prolific goalscorer he had appeared capable of becoming in his early Everton days.

Cadamarteri’s playing career ended less dramatically than Michael Branch’s, retiring due to injury in 2014 and becoming a coach, working most recently for Premier League side Burnley.

With 349 appearances and 37 goals, his career was no disgrace - but still a far cry from what Toffees dreamed about the day he became an 18-year-old Goodison Park derby hero. 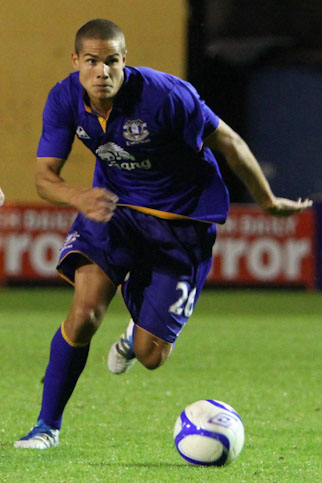 Aged 28 at the time of writing and still playing professionally, Jack Rodwell’s career story has not yet been fully written - but even a brief look back over the last few years will tell you why he belongs on this list.

It’s easy to forget that Rodwell was once tipped as a key part of the future of the England national team, and as a central midfield dynamo to rival the likes of Steven Gerrard.

Part of Everton’s youth system from the age of seven, the boyhood Toffees fan made 84 appearances for the club between 2007 and 2012, becoming coveted as one of the most promising defensive midfield prospects in English football.

When he secured a £12 million transfer to money-flushed Premier League champions Manchester City in 2012, it seemed like all of that potential was about to be fulfilled - instead, the move signalled the beginning of the end of Rodwell’s reputation as a top-class player.

In two seasons at the Etihad Stadium, he failed to capitalise on his big break and made only 25 appearances, before being shifted on to struggling Sunderland for £10 million.

This big-money move to Tyneside would prove to be a source of considerable disgruntlement for Sunderland fans, as Rodwell again made little impact - instead, he endured a drought of 1,370 days of failing to win a Premier League game in which he had started the match, spanning 39 games.

With Sunderland suffering back-to-back relegations down to League One in 2017 and 2018, Rodwell’s lucrative contract - at a time when he was barely playing - became seen as an emblem of Sunderland’s poor management and planning.

Sunderland and Rodwell eventually came to an agreement to end his deal in the summer of 2018, with the player moving on to Blackburn Rovers in the Championship.

He is now making efforts to rebuild his reputation at Ewood Park - but nevertheless, it seems that Rodwell’s days as England’s expected future midfield linchpin are long gone. 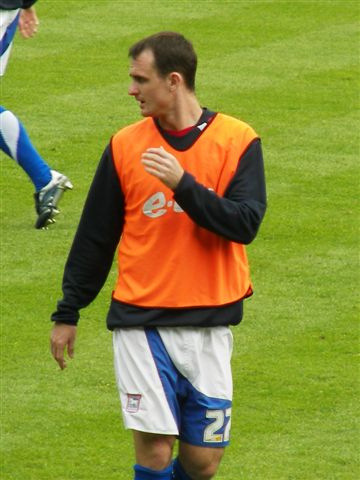 If you asked ten people to name an underachieving footballer off the top of their heads, the chances are that about half of them would say “Francis Jeffers”.

Once seen as a clinical superstar striker in the making, he is now known as one of the most famous examples of unrealised potential in Premier League history.

Jeffers spent his entire youth career at Everton and was widely reputed as a “fox in the box” poacher par excellence, becoming the joint top scorer in the history of England’s Under 21s team with 13 goals from 16 appearances - a record shared with Alan Shearer.

After winning the FA Youth Cup with Everton and showing a strong goals-to-games ratio in his initial first-team outings, Jeffers was offered a new contract with the Toffees - which he turned down in favour of a deal with Arsenal in 2001.

Joining the London club - who would go on to win the league that year, and had in Arsène Wenger a manager with a strong reputation for cultivating young talent - seemed to be a match made in heaven, but a combination of persistent injuries and patchy form meant that Jeffers’ first-team opportunities were limited.

He was loaned back to Everton, but this homecoming was not a success, as Jeffers fell out with manager David Moyes and soon ended up back with Arsenal, who then sold him on to Charlton Athletic.

The remainder of Jeffers’ career was equally underwhelming, marked by short, unproductive spells at clubs as diverse as Rangers, Blackburn Rovers, Motherwell and Australian side Newcastle Jets.

His longest post-Everton spell was with Sheffield Wednesday, where he spent three seasons marred by injuries, disciplinary problems and poor form.

Having finished his playing career with lowly Accrington Stanley, Jeffers eventually came home to Everton once again, this time as a footballing coach.

In later years, the player has pointed to his Arsenal transfer as “the wrong move at the wrong time” - another example of a player finding that the grass is not always greener away from Goodison Park.

Aged 16 years and 191 days on his debut against Blackburn Rovers in 2008, Jose Baxter holds the record of being Everton’s youngest ever senior player, beating other young prodigies like Wayne Rooney and Ross Barkley.

Unfortunately, in most other respects, Baxter’s career hasn’t really measured up.

The Bootle-born attacking midfielder seemed to have a promising future ahead of him when he signed a new two-and-a-half-year contract with the Toffees in 2009. However, he ended up making only 15 appearances in four seasons at the club, going on loan to Tranmere Rovers before rejecting the chance to stay at Everton on the fringes in search of first-team football at Oldham Athletic.

This spell proved successful enough to earn him a move to Sheffield United, where he made steady progress until he was banned from football for around a year after testing positive for illegal substances.

This marked rock bottom for the young player, but fortunately Everton handed him a much-needed lifeline, offering a one-year contract to train and play with the youth team once his suspension ended in 2017.

Baxter is now back at Oldham Athletic, where he continues to feature as a regular. He may not have hit the heights he might have expected in his early Everton days, but as his childhood club’s support for him has shown, Baxter is living proof of a phrase made famous by another Everton prodigy - “once a Blue, always a Blue”.

If this exploration of some of the less celebrated parts of Everton history has inspired you to dig deeper into the club’s glory years, TOFFS has a full range of retro Everton football shirts and memorabilia that will be perfect for you!

Here are some of the best old-school products we have available for Toffees fanatics: