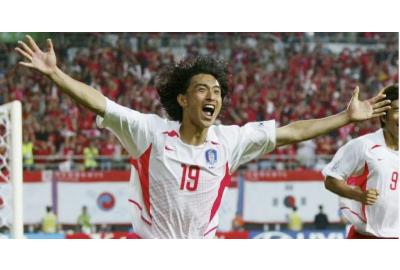 Every four years, the World Cup gives us the chance to see the greatest national teams on the planet. But it also gives us an opportunity to root for the underdog - a favourite pastime of the neutral football fan - and why not? There have been so many surprise packages who have seriously upset the odds throughout World Cup history.

In this post, we take a look at the five most memorable and unexpected success stories in tournaments gone by...

In 1950, the hosts, Brazil, were clear favourites to win the World Cup. And doing so was considered a priority by the entire country, including the government, who hoped for a World Cup win to unite the nation.

Ahead of the 1950 World Cup, Rio de Janeiro’s Maracana - the biggest football stadium in the world - was constructed as an emblem of Brazil’s expected dominance. And when Brazil got into the final of the tournament, before a ball was kicked on the morning of the final, the Brazilian newspaper O Mundo ran a large photo of the Brazilian team with a caption that read: “These are the world champions”.

However, it was in the Maracana, in front of 200,000 Brazilian fans, that a plucky Uruguay team - defeated 5-1 by Brazil in the Copa America a year earlier - came from a goal down to win 2-1 in one of the biggest football upsets of all time.

In 1966, not only were North Korea the first Asian team in history to reach the finals of the World Cup, but they achieved the feat just 13 years after the end of the Korean War.

They weren’t just there to make up the numbers, though. Incredibly, they got through to the quarter finals, beating Italy 1-0 along the way in a sensational upset.

Their amazing run was unfortunately halted in the quarter finals against Portugal - despite taking a 3-0 lead within just 24 minutes. That was before legendary Portuguese striker Eusebio took the game by the scruff of the neck and netted an incredible four goals as Portugal ran out eventual 5-3 winners.

In an almost unbelievable twist of fate, upon their return to North Korea, the national team were exiled as political prisoners for ‘anti-government’ activities - namely losing the game to Portugal.

Italia ‘90 has become synonymous with the emergence of Cameroon. Having appeared in only one World Cup before - in 1982 - Cameroon shocked the world by beating reigning world champions Argentina in their first game, before going on to defeat Romania, Colombia and the Soviet Union, who had been runners up in the previous European Championship.

It’s the legend of Roger Milla - the 38-year-old striker who came out of international retirement for the finals following a personal request from the Cameroonian president - that is perhaps most well remembered today. Although he didn’t have the legs for a full 90 minutes and was often used as a substitute, he scored four goals in the tournament, each celebrated by his now trademark, flamboyant corner flag dance.

Cameroon were eventually beaten 3-2 in the quarter finals by England, but only after extra time.

Bulgaria at the 1994 World Cup in the USA will be remembered for their golden generation of players, such as Hristo Stoichkov, Yordan Letchkov and Krasimir Balakov, whose talents all seemed to peak during the tournament.

The nation had only qualified for the finals five times before, failing to progress from the group stage four out of those five times. In their previous World Cup, in 1986, they did qualify from their group, but without winning a single game - the first time that had happened in World Cup history.

So success in 1994 was not on the cards. However, they topped their group after defeating Greece and Argentina, before knocking out Mexico and the reigning champions Germany on their way to the semi finals.

Although they were knocked out against Italy in the semi finals and lost to Sweden in the third-place play-off, Stoichkov won the golden boot and they certainly upset all the odds with their successful run to the semis.

In 2002, the World Cup finals were held in South Korea and Japan - the first time the tournament had been held in Asia and the first to be jointly hosted by more than one nation.

Despite being one of the host nations, expectations were not particularly high for South Korea, who had never won a World Cup game before.

However, against all the odds, South Korea topped their group following a draw against USA and wins against Portugal and Poland.

In the second round, they drew footballing goliaths Italy, against whom very few people gave South Korea a chance. But once more they rose to the occasion. Despite losing 1-0 going into the 88th minute, the South Koreans mounted an amazing comeback - equalising with two minutes left on the clock and then scoring a golden goal with a header from striker Ahn Jun-hwan.

Incidentally, Ahn was on loan with Italian side Perugia at the time. After breaking the hearts of the Italians, Ahn had his contract cancelled the very next day by Perugia owner Luciano Gaucci, who said: “"I have no intention of paying a salary to someone who has ruined Italian football.”

In the quarter finals, South Korea were drawn against another giant of the footballing world: Spain. In a controversial game that saw Spain have two goals cancelled out by the officials, the tie was eventually decided on penalties - with South Korea winning 5-3 and becoming the first Asian side in history to progress to the final four.

Ultimately, the South Koreans were defeated 1-0 by Germany in the semi final, but their amazing achievements will be remembered for years to come.